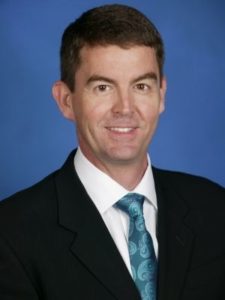 Paul Mitchell is Senior Director, Technology Policy at Microsoft Corporation. In this capacity, he is responsible for policy engagement on long-term technology evolution. Mr. Mitchell assumed his current role in July 2011. He is responsible for strategic technology policy initiatives in the areas of spectrum, Internet governance, and broadband.

His career also includes significant work related to digital and interactive television beginning with Microsoft’s early trials of an Interactive TV system in the U.S. and Japan and followed by work developing standards for digital television in advance of the U.S. DTV transition. He also headed a Digital TV Content Team working with networks and studios to develop enhanced TV based on Internet technologies. Mitchell and his team produced more than 2,000 hours of enhanced television, including futuristic HDTV content prototypes and content for MSNBC – forerunners to today’s interactive entertainment. He also held several roles in the Microsoft TV division, including General Manager of the Tools and Applications Product Unit delivering authoring and development products as well as a suite of .NET-based interactive TV applications supporting Microsoft TV, and Chief of Staff for Microsoft TV division.

Prior to joining Microsoft in 1991, Mitchell was a senior marketing manager at Raima Corporation, a developer of database products. There he launched the company’s first object-oriented toolkit, created an international distribution strategy and developed a distribution and consultant network.

Mitchell is a frequent speaker at industry conferences on the evolving nature of broadband, the role of interoperability and open standards in the market place, and the impact of technology shifts on media.

Mitchell has served on the board of directors of BET.com, Vision TV and SVOX in Canada, and the Alliance for Telecommunications Industry Solutions.