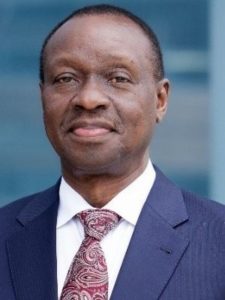 Mr Patrick Masambu was elected as the Director General of the International Telecommunications Satellite Organization (ITSO) at the organization’s Assembly of Parties meeting held in Washington, D.C in October 2016.

Up to the time of assuming his new appointment that took effect on 18th July, 2017 Mr Masambu served as the Deputy Director General and Director of Technical Affairs at ITSO Headquarters in Washington, D.C for a period of 7 years. In these roles, he made significant contributions to top level decision making in ITSO as well as related key satellite industry initiatives.